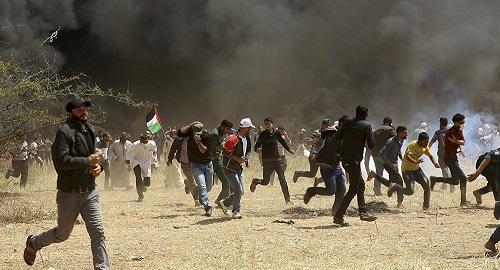 Gaza’s Health Ministry says a 15-year-old Palestinian boy was killed by Israeli army fire during a protest near the perimeter fence with Israel.

The ministry said early Thursday that Moumin Abu Eiada was shot in the head as he participated with dozens in an overnight protest in southern Gaza.

After months of weekly marches along Israeli frontier, Hamas has accelerated the pace of protests in recent days.

Hamas hopes to press Israel and Egypt into lifting a blockade they imposed on Gaza when the militant group took control in 2007. The group has accused its main political rival, the West Bank-based Palestinian Authority, of thwarting Egyptian-mediated efforts for a deal with Israel.

Rights groups say Israel killed 134 Palestinian protesters since March, including 22 who were 16 or younger.