Algeria protesters return to the streets 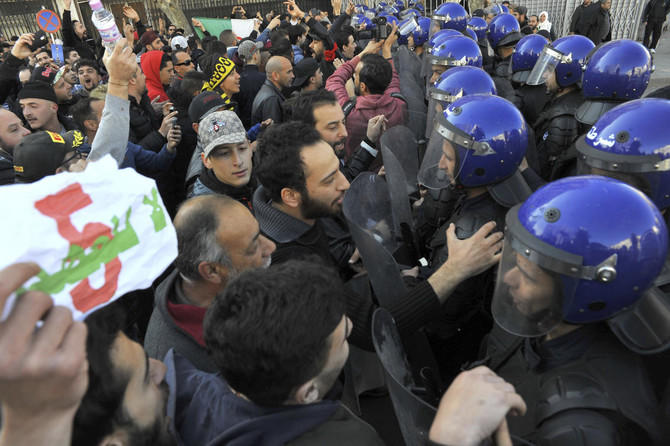 Protesters waving banners and calling for radical change marched through Algiers for a seventh successive Friday as Algeria’s spy chief was reportedly fired in a further sign of high-level turmoil following the resignation of the country’s veteran president.

Thousands of demonstrators gathered in the capital to push for the removal of the entire political structure, built around the ruling party, army officers, businessmen, unions and veterans of a 1954-62 independence war against France.

“We want to uproot the symbols of the system,” said teacher Ahmed Badili.

The intelligence chief, retired army general Athmane Tartag, was a close ally of former President Abdelaziz Bouteflika, who quit on Tuesday under pressure from the army.

The military said it was acting in the national interest following weeks of anti-government demonstrations.

Tartag’s departure was reported by the private Ennahar TV, who added that his powerful intelligence position, currently under the authority of the presidency, would return to the supervision of the defense ministry.

No replacement for Tartag has been announced.

The intelligence service was an important component of the military’s powerful influence in national affairs and played a backroom role in politics as well as in the 1990s civil war.

But in 2016 Bouteflika, removed it from the supervision of the defense ministry and placed it under the authority of the presidency to try to ease it out of the political sphere.

Algeria is now in the hands of a caretaker government — which is unlikely to mollify anger on the streets — which will stay in office until elections in three months time. No clear successor to Bouteflika has emerged.

In the weeks before Bouteflika’s resignation, his inner circle was depleted by the resignation of several of his close allies from influential positions in politics and business.