More than 30 people killed in floods in Indonesia 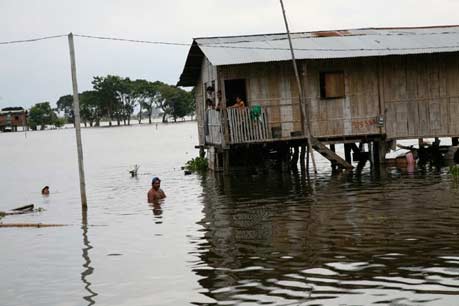 More than 30 people were killed in Indonesia in floods and landslides caused by tropical rains that the country saw in the recent few days, Xinhua News Agency reported on Monday quoting local authorities.

A representative for the National Agency for Disaster Management reported that 31 people were killed and 13 residents are still missing.

About 12,000 local residents were evacuated from the areas most affected by the disaster, in particular, the Bengkulu province. Considerable material damage was inflicted to hundreds of houses and household buildings, and several dozens of bridges and roads were destroyed or damaged.

The water level is gradually subsiding, according to reports, but new landslides and floods are possible if heavy rains start again.