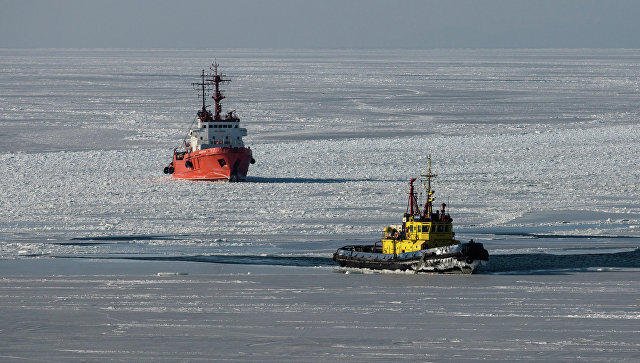 The Saudi-led coalition, which has been waging a deadly war on Yemen, has abducted more than 150 fishermen in the waters off the embattled port city of Hudaydah.

Axar.az reports citing Press TV that, the Houthi-run al-Masirah TV channel reported that the kidnapping of the fishermen on 15 boats by the "aggression forces" took place southwest of the Turfa Island on Wednesday.

According to the latest report by Yemen's Ministry of Human Rights, the Saudis have deprived over 50,000 Yemeni fishermen of their right to fish, killed dozens of them, targeted 93 fishing facilities and destroyed 4,586 boats.

Hudaydah, a lifeline for millions of Yemenis, has seen some of the heaviest fighting in the four-year Saudi aggression against the impoverished nation.

Saudi Arabia and the UAE launched the Hudaydah offensive in June 2018, but they have faced strong resistance put up by Yemeni armed forces – led by the Houthis -- and the city’s residents.

The Saudi-led coalition claims that the Houthis are using the port for weapons delivery, an allegation rejected by the fighters.

Last December, representatives from the Houthi Ansarullah movement and the Riyadh-sponsored government of the ex-president, Abd Rabbuh Mansur Hadi, agreed to cease fighting in Hudaydah during peace talks in Sweden last December.

Under the truce deal, the rival parties also agreed to the withdrawal of their troops and the deployment of UN monitors to the port city.

The Houthis have, however, reported numerous truce violations by the Saudi-backed side.

In another development on Wednesday, al-Masirah reported that the Saudi-led coalition had conducted 13 airstrikes on the Sana'a airport and the al-Dailami air base.

The Saudi Press Agency (SPA) confirmed the raids on the air base, claiming that it had targeted drone maintenance sites, a communications system and locations of drone experts and operators.

“Planes have been flying for more than an hour, and sounds of violent explosions rocked the north of the city where the airport and the military base are located,” said a Sana'a resident.

Saudi Arabia and its allies launched the war against Yemen in March 2015 in an attempt to reinstall the Riyadh-allied former regime and crush Houthis.

The invaders have, however, failed to achieve their objectives in the face of the Yemeni resistance.

The Western-backed war on Yemen, coupled with a naval blockade, has destroyed the country’s infrastructure and led to a humanitarian crisis.

According to a December 2018 report by the Armed Conflict Location and Event Data Project (ACLED), a nonprofit conflict-research organization, the Saudi war has claimed the lives of over 60,000 Yemenis since January 2016.