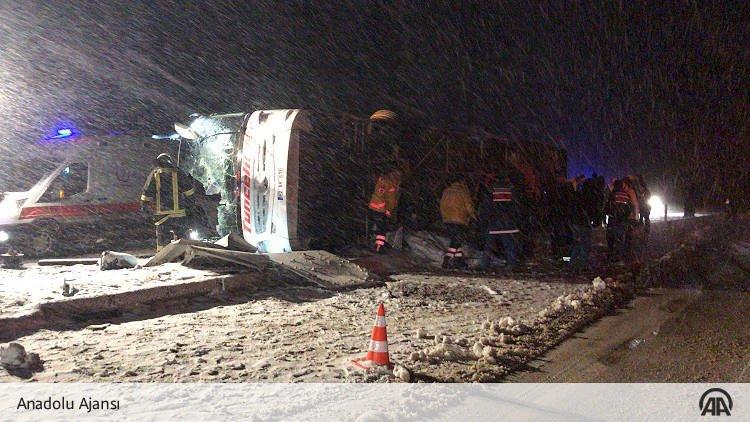 Three people, including a child, were killed in an accident near Novorossiysk, as a result of a head-on collision that sent a bus and passenger vehicle off a cliff, the Russian Emergencies Ministry told TASS on Thursday.

Axar.az reports citing Tass that of the 45 people who were in the bus and car, 28 were hospitalized, 3 were killed, 14 people were treated on the scene.

The Center for Disaster Medicine said that a child, a man, and a woman had died in the accident. Another child, who was considered dead, was resuscitated. "Of the 28 hospitalized, 11 are children. First aid at the scene of the accident was provided to 14 victims," the agency’s source said. In total, 42 were injured.