Death toll from protests in Iran climbs to 143 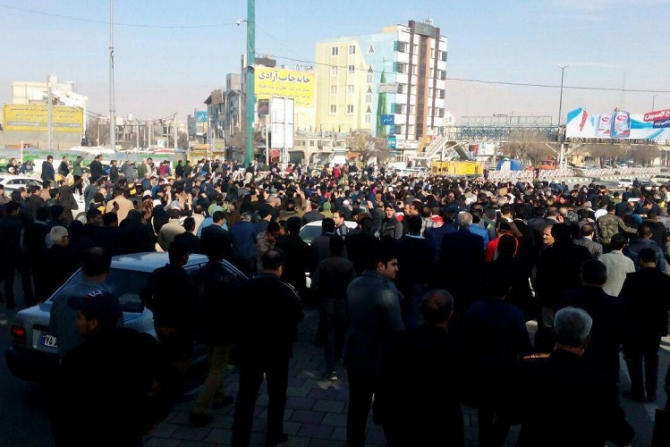 At least 143 people in Iran have been killed since protests broke out earlier this month over the government’s decision to raise fuel prices.

Axar.az reports citing MEM that the human rights organisation said in a report that it believes the death toll is significantly higher and is continuing to investigate.

It called on the international community to condemn the excessive use of force by Iranian security forces.

“The international community’s cautious and muted response to the unlawful killing of protesters is woefully inadequate,” it said.

The use of firearms caused the majority of the deaths, according to the organisation.

Demonstrations broke out across Iran on 15 November after the government imposed petrol rationing and raised fuel prices by at least 50%.

At least 100 banks and dozens of shops have been set ablaze during the protests, the semi-official Mehr News Agency said, quoting security officials.

Although there are no official figures, Fars News Agency said more than 1,000 protesters have been arrested.