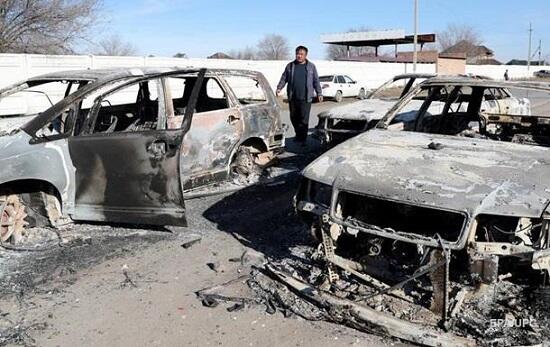 Seven people were killed when a passenger bus collided with two trucks in Tutak, a district of the easternmost Turkish province of Agrı on Monday.

Axar.az reports that images from the scene showed a thick black cloud and flames towering over the wreckage of vehicles while ambulances and fire trucks rushed to the scene. An investigation is underway into the cause of the accident.

7 people died, and 11 people were injured as a result of the accident.