E.Mammadyarov has met with Mevlut Cavusoglu 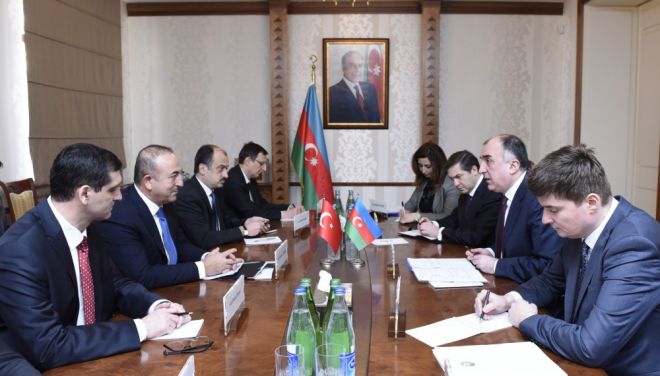 The ministers had a tete-a-tete meeting first, and continued the discussions with the participation of their delegations. Mevlut Cavusoglu noted that Turkey highly appreciates Azerbaijan’s solidarity with Turkey and thanked the people and Government of Azerbaijan. He added that the two countries` cooperation is getting further strengthened and improved by the projects like Baku-Tbilisi-Kars and TANAP.

During the meeting, the two also discussed the prospects of bilateral cooperation, increasing the trade turnover, as well as the regional and international issues of mutual interest.