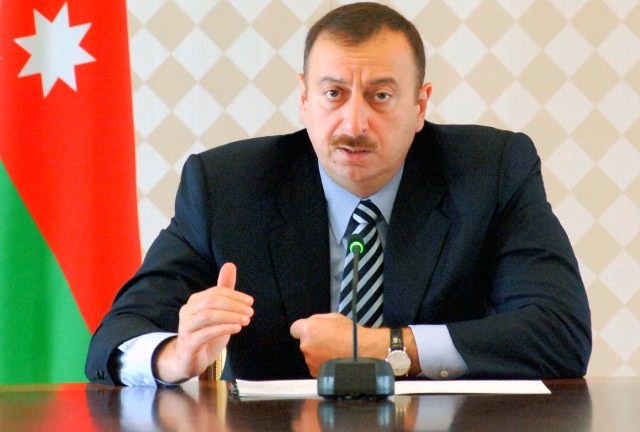 President of the Republic of Azerbaijan Ilham Aliyev has received a delegation led by chairman of the House of Deputies of the Czech parliament Jan Hamacek.

The head of state recalled his meetings with Jan Hamacek both in Azerbaijan and Czech Republic. President Ilham Aliyev said Jan Hamacek`s visiting Baku with a large delegation created a good opportunity for reviewing the issues of mutual interest, giving impetus to the bilateral relations and discussing work to be done in the future.

Extending Czech President Milos Zeman`s greetings to President Ilham Aliyev, Jan Hamacek said there were good contacts between the heads of state. Hailing the high-level bilateral ties, he noted that both presidents made considerable contribution to the development of relations. Jan Hamacek also pointed to good cooperation between the parliaments of Azerbaijan and Czech Republic.

Saying he last visited Azerbaijan during the European Games in Baku, Jan Hamacek congratulated the country and personally President Ilham Aliyev on the excellent organization of the Games in such a short period of time. Saying Baku had already become the European sports capital, he described the Formula 1 racing to be held in the country as another sign of this.

President Ilham Aliyev emphasized the importance of holding the Formula 1 racing in Baku, and highlighted preparations for the event. The head of state said the racing was equal to the Summer Olympic Games in terms of the size of the audience, expressing confidence that the event would increase interest in Azerbaijan.
The sides discussed the current state of talks on the Armenian-Azerbaijani Nagorno-Karabakh conflict, as well as the issue of the expansion of the bilateral relations in a number of areas, including energy, banking sector, agriculture and tourism.