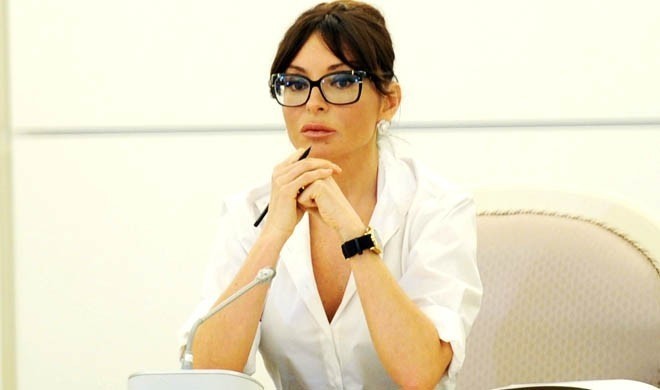 The President of the Heydar Aliyev Foundation hailed relations between the two countries in all fields, and highlighted the role of the Ambassador in expanding these ties.

“As an ambassador you deliver detailed information about the country,” said the first lady, praising this as an important contribution to the expansion of the fraternal relations between the two countries and peoples.

Mehriban Aliyeva said Azerbaijan was interested in developing its relationship with Germany, adding that the bilateral cooperation between the two countries was established on the basis of mutual interest.

The first lady noted that there was good potential for expanding relations in humanitarian field between Azerbaijan and Germany, and expressed the readiness of the Heydar Aliyev Foundation to do more for this.

The President of the Foundation said there were great opportunities for the cooperation in humanitarian sphere.

The German Ambassador thanked the Azerbaijani first lady for attaching great attention to the bilateral ties between the two countries.

The Ambassador praised the activity of the Heydar Aliyev Foundation, saying it was well known outside Azerbaijan.