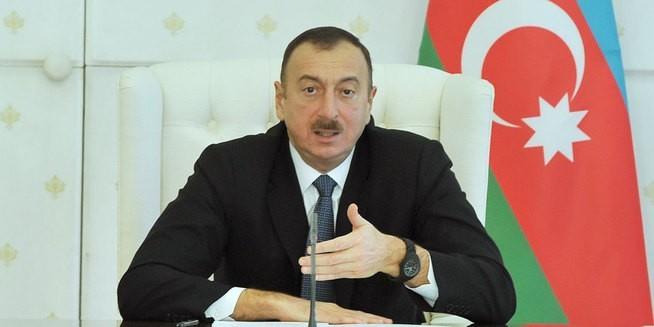 President Ilham Aliyev said that, the Baku 2015 European Games have again demonstrated the development of sports in Azerbaijan.

The president made the remarks addressing the awarding ceremony for athletes and sports specialists at the National Olympic Committee.

"Having taken the second place among all European countries in a highly challenging competition [European Games] is a magnificent victory indeed,” he said.

President Aliyev also touched upon the anti-Azerbaijani campaign carried out on the eve of the first European Games.

“You and I remember too well the ugly campaign launched against Azerbaijan on the eve of the European Games were aimed at discrediting the major sporting event and vilifying our successes and the victories of our athletes,” the president said.

He stressed that Azerbaijani athletes’ victories in the Rio Olympics were yet another blow to these rumors.

“We made lots of sports achievements last year and the holding of the Games were praised by the international community,” President Aliyev said, adding. “I’ve taken part in a number of Olympics. I can say that the Games hosted by Azerbaijan were no less of any Summer Olympics. On some criteria, these Games can be an example for Summer Olympics. I know that our experience is being learned now.”