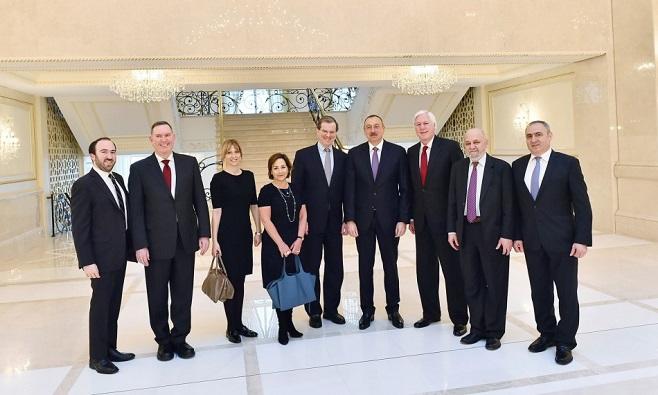 Axar.az reports that, during the meeting, they exchanged views over the reforms carried out in Azerbaijan in the economic and other fields. It was noted that these reforms were closely followed.

Fruitful meetings held by the Azerbaijani president in Davos were stressed. These meetings were described as an indicator of interest to the cooperation with Azerbaijan in the world. During the conversation, they touched upon the bilateral relations between Azerbaijan and the US, and praised the development of these ties in various fields. They expressed confidence that Azerbaijani-US cooperation would be continued even further.

Then, Azerbaijani-Israeli relations were stressed. They expressed satisfaction with the development of relations in various fields. The significance of the visit of Israeli Prime Minister Benjamin Netanyahu to Azerbaijan in terms of boosting these bonds was emphasized. They also expressed confidence that cooperation between Azerbaijan and the American Jewish Committee would be continued even further.