Azerbaijani citizen at airport during explosion 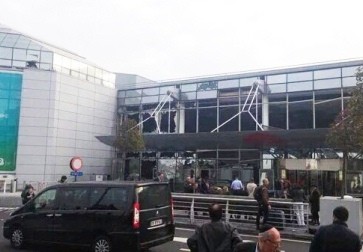 Hajiyev said that the Azerbaijani citizen was not injured, adding that the embassy is in contact with this citizen.

“The Azerbaijani embassy in Belgium is working intensively,” he said. “Azerbaijani citizens in need of consular assistance in connection with the recent events in Brussels may contact the embassy.”