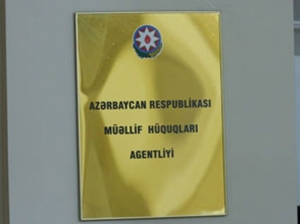 The Copyright Agency of Azerbaijan has disclosed historical facts about plagiarism committed by Armenians.

Armenian artists even dare to plagiarize works by modern composers. The music collection created and arranged on the basis of the Azerbaijan national dances - "Vokaliz" was performed and shown on Armenian TV by the performer of Armenian Song Theatre Varduhi Vardanyan as the Armenian national song in 2004. That means violation of Briliant Dadasheva's rights who is the author and performer of "Vokaliz", as well as violation of the Law requirements "On Legal Protection of Azerbaijani Folklore Expressions".

Very popular in Azerbaijan music of the composer Aygun Samadzade "Maktab illari" has been performed at music festival in Armenia by Manan in 2002. The song was in Armenian language and the author hadn't been shown.

The work by world famous Azerbaijani composer Fikrat Amirov, "Kor arabin mahnisi" (The song of the blind Arab), which was created on the basis of the poem "Sheikh Sanan" by famous Azerbaijani poet Huseyn Javid, has been presented as Armenian work. The Armenian performers Artur Safaryan, Rach Keshishyan, Aram Avakyan and Georg Dabagyan have used the "Kor arabin mahnisi" in music "Mayrik" as their own.

The work of famous Azerbaijani composer Tofig Guliyev "Sana da galmaz" has been presented as Armenian music on "Ice age" program on ORT channel (1 channel) of Russia on September 15, 2007. The music has been taken from the CD "ANI" of the Ara Gevorgian (produced by "EYE RECORDS" in US, 1999) and CD "Maqicheski Duduk" (Magical Duduk).

The author of music "Sana da galmaz" is Tofig Guliyev and the author of lyrics is Azerbaijani poet Rasul Rza. This music has been composed at the beginning of 50s and registered in the Copyright Agency on November 19, 1963.