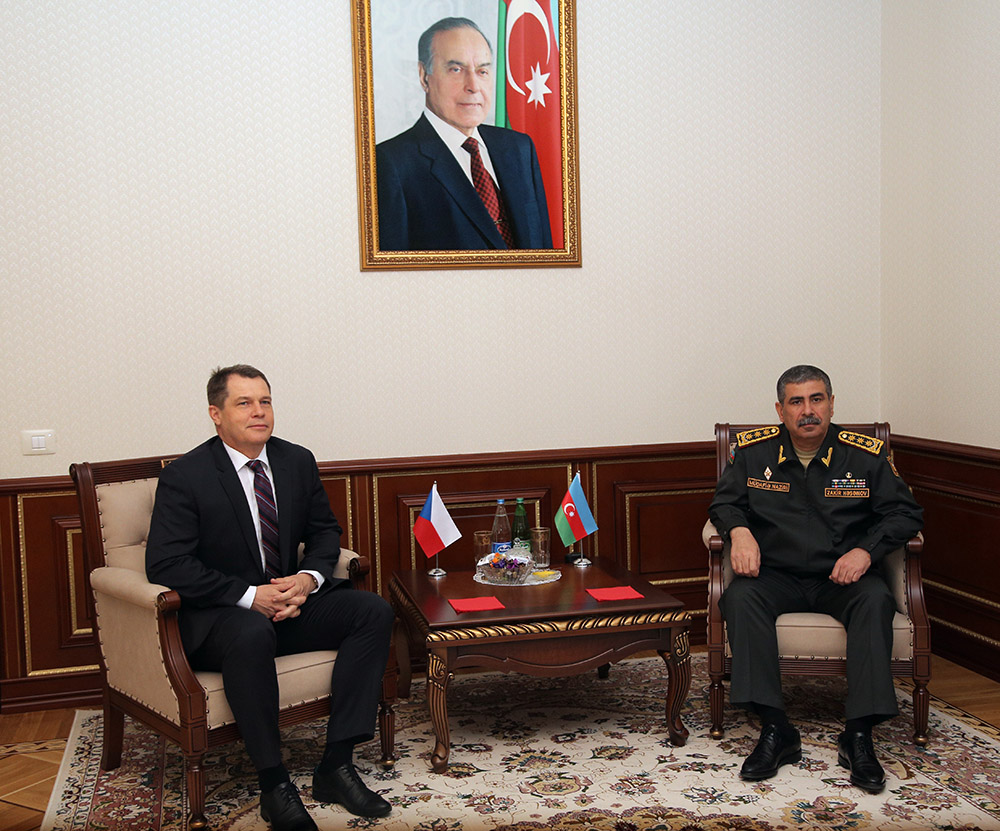 On April 11, the Minister of Defense of the Republic of Azerbaijan, Colonel General Zakir Hasanov met with the Ambassador Extraordinary and Plenipotentiary of the Czech Republic to Azerbaijan, Witiezslav Pivonka.

During the meeting, the sides also exchanged views on the development of ties in the military and military-technical sphere and discussed other issues of mutual interest.