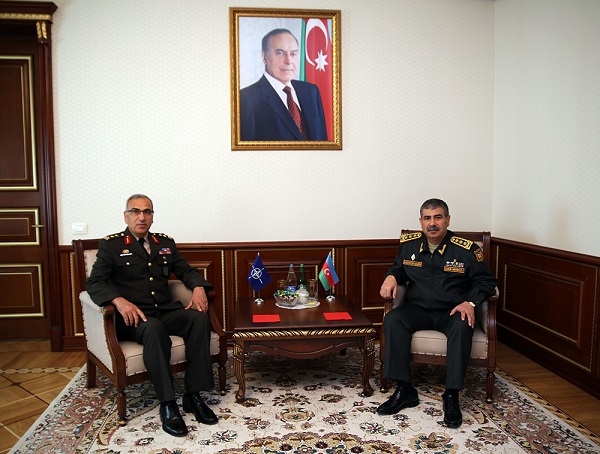 NATO-Azerbaijan cooperation, Azerbaijan's contribution to international peacekeeping operations, security issues, military-political processes in the region and other topics were discussed during the meeting.

Major General Erhan Uzun stressed that he highly appreciates coordination efforts of the Azerbaijan Armed Forces with NATO and partner nations, as well as Azerbaijan’s contribution to restoration of international peace and security.