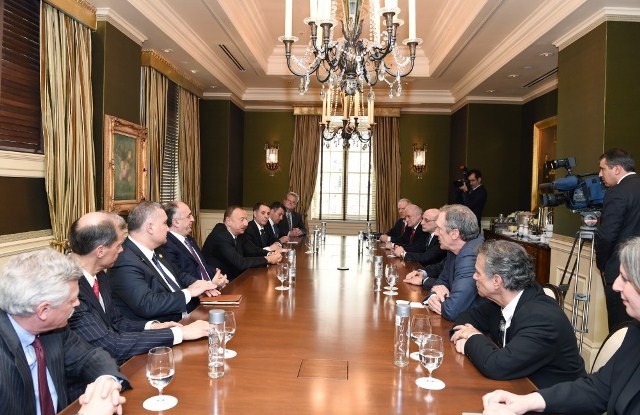 President of the Republic of Azerbaijan Ilham Aliyev has met with heads of the American Israel Public Affairs Committee, National Coalition Supporting Soviet Jewry and the Conference of Presidents of Major American Jewish Organizations.

The sides noted that such meetings had already become traditional, opened good opportunities for conducting a mutual exchange of views and contributed to the strengthening of cooperation.