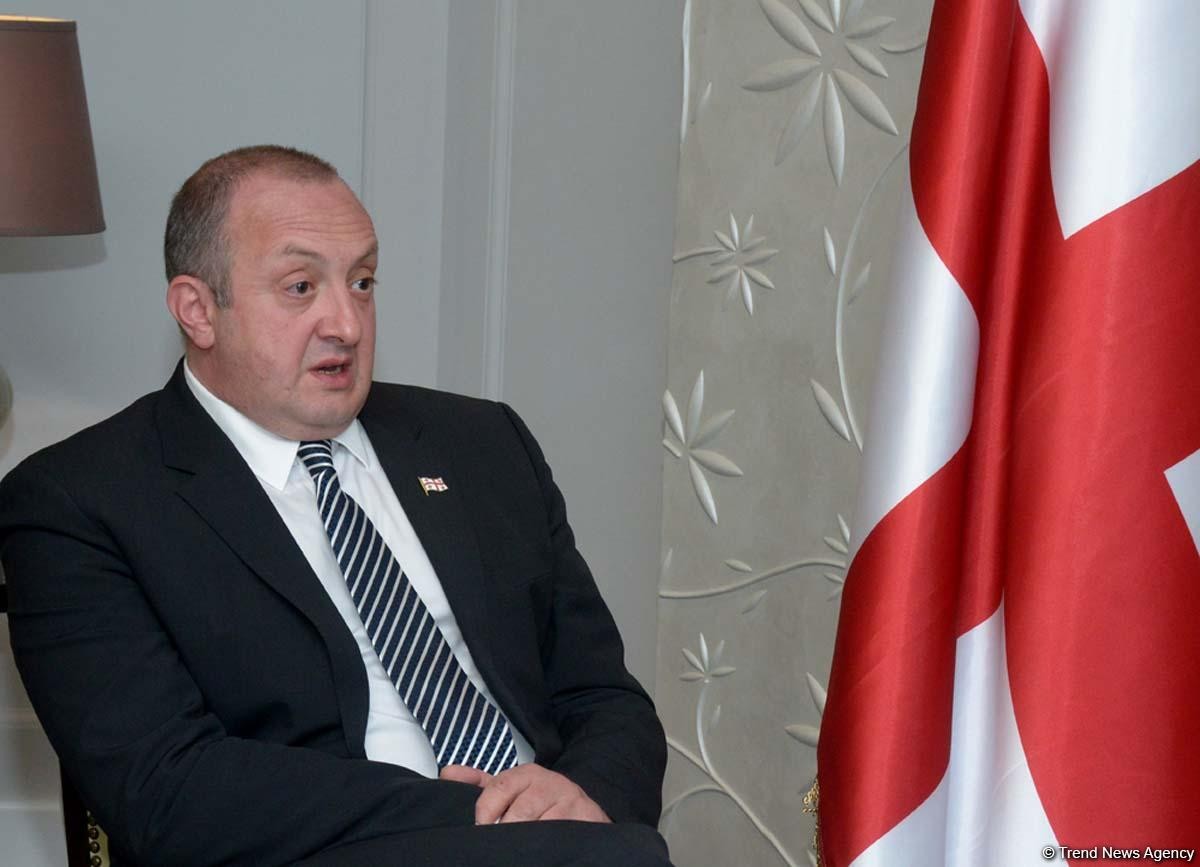 Georgian President Giorgi Margvelashvili has met with President of the Rumsfeld Foundation and former US Secretary of Defense Donald Rumsfeld within the framework of the working visit to the US, the website Georgia Online reported.

At the meeting, Margvelashvili said in particular that Georgia develops close relations with its neighbors Azerbaijan and Turkey. Joint projects are related to both energy carriers from the Caspian Sea till the Black Sea region and transport, logistics areas, he said.

“The Lapis Lazuli Corridor is quite an important project, there is active consideration going on today with Turkmenistan in connection with this project, which includes Afghanistan, Turkmenistan, Azerbaijan, Georgia and Turkey,” said President Margvelashvili.

During the meeting the parties discussed the Southern Gas Corridor project, which envisages the supply of Azerbaijani gas to Europe via Georgia and Turkey.

The Southern Gas Corridor is one of the priority energy projects for EU. It envisages the transportation of gas from the Caspian Sea region to the European countries through Georgia and Turkey.