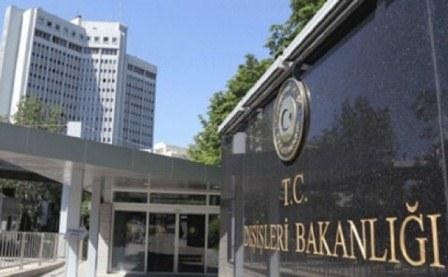 Turkey's Foreign Ministry has condemned Armenian attacks which have led to two days of fighting over the occupied Karabakh region, according to Anadolu Agency.

"We condemn artillery fire and attacks which were started by Armenia against Azerbaijan on the night of April 1 along the contact line and [which] affected civil society," the ministry said in a statement.

"We call upon Armenia to stick to the ceasefire and end to the clashes as soon as possible," the ministry added.

The ministry said there was a risk of similar clashes unless the Armenian occupation ends.