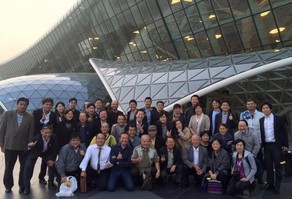 Delegation of Japanese businessmen, as well as the officials of Okinawa Prefecture have arrived in Azerbaijan.

The Japanese delegation is headed by an expert in the field of economy Kazuyasu Ishida and Speaker of Okinawa Parliament Masaharu Kina.

During the visit, the delegation will visit Nakhchivan, where they will hold a number of official meetings and will discuss ways of developing cooperation between the two regions, in particular in the field of tourism, energy and renewable energy.

Signing of an agreement on twinning between Nakhchivan and the Japanese city of Miyakojima is also expected.