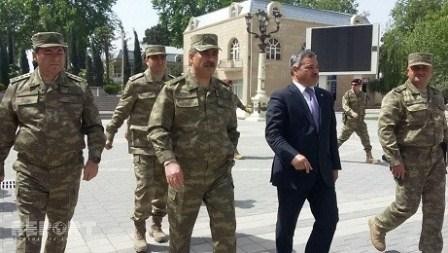 "In response to the provocations of Armenians, next time the Azerbaijani army inflicted a crushing blow to the enemy."

Defense Minister noted that the last night Armenians violated ceasefire fired on the frontline settlements: "Armed Forces of Azerbaijan decently prevented provocations of the Armenian armed forces on the frontline and our army inflicted crushing blows to the enemy. The posts in enemy’s locality were destroyed."