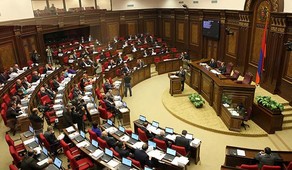 The National Assembly of Armenia held a closed meeting of the Minister of Defense Seyran Ohanyan with deputies. According to the Armenian media, the meeting is being held behind the closed doors.

It is reported that in the course of the discussions, Armenian Defense Minister will update the situation on the contact line of troops in the zone of the Nagorno-Karabakh conflict for the MPs.

Notably, on May 5, Armenian government will discuss the issue of recognition of independence of the so-called "Nagorno Karabakh Republic".