"It is important to return to negotiations" 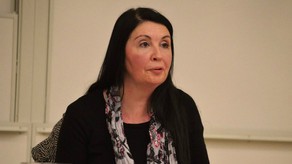 "The recent escalation on the line of contact in Nagorno-Karabakh conflict is the result of current impasse in the peace process."

According to the EurActiv, the political analyst Amanda Paul states.

According to her, there were no serious meetings between the presidents of Azerbaijan and Armenia over a long period: "The fact that the escalation came after meetings in Washington also understandable, as the Azerbaijani side had frustrated with status quo and that the process is not moving forward.Baku wants the conflict remained on the agenda of the international community."

Speaking about Russian activity in the settlement of the conflict, A. Paul said that Moscow openly usessecurity vacuum and lack of serious impactfrom other international players for its own purposes. At the same time, in her opinion, the proposals from Foreign Minister of Russia Sergei Lavrov voiced during the recent "diplomatic revitalization", did not cause much excitement in Baku and Yerevan.

Regarding the relations between Armenia and Russia, A. Paul noted that, although the Russian Federation is considered the guarantor of Armenia's security, this security is not guaranteed by Russia, as demonstrated by the recent escalation: "Russia sells weapons to Azerbaijan, Azerbaijan uses them against Armenia - a strategic partner of Russia."

A. Paul also commented on the revitalization of Germany in the negotiation process: "It is important to return to negotiations as soon as possible. We can already see changes we have seen that Minsk Group met in full.They should be carried out regularly, to articulate ideas. Last September, Germany proposed a kind of peace plan of 7 points. They have shown that they are interested in a stronger role. I think that the deeper involvement of Germany as the most powerful state in the EU should be welcomed."