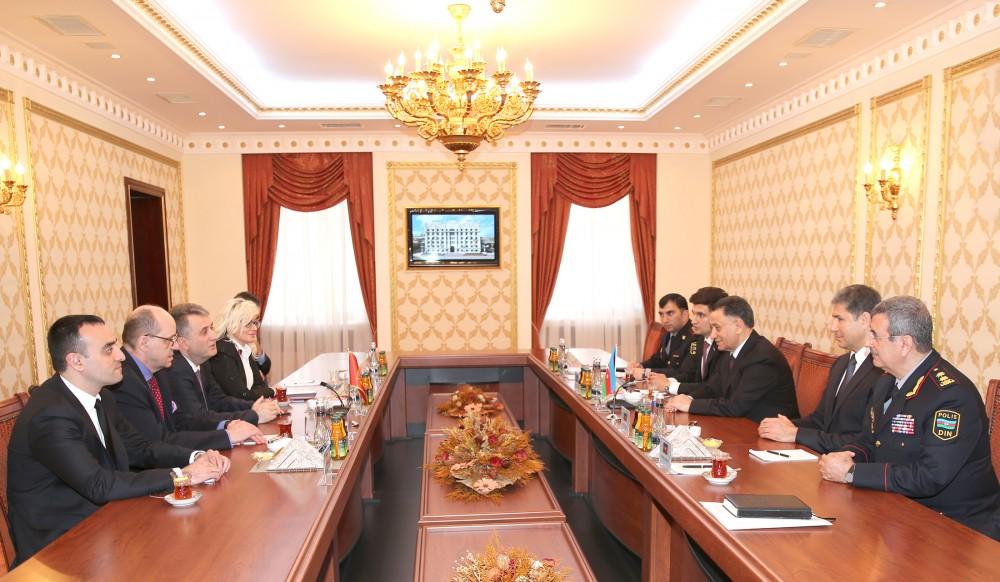 Axar.az informs that, during the meeting, Ramil Usubov noted with satisfaction that the mutual visits and visits of the heads of our states, as well as high-level delegations, as well as our citizens, have given impetus to the further expansion of close cooperation and mutual trust between Montenegro and Azerbaijan.

Then he informed his counterpart on the functional responsibilities and activities of the Ministry of Internal Affairs, the current criminal situation, the reforms carried out in the internal affairs bodies, the protection of human rights and the citizen satisfaction.

Expressing gratitude for warm reception and hospitality, Montenegrin Interior Minister Mevlut Nuhodic said that relations between our two countries were developing in all spheres in recent years, stability and peace established in Azerbaijan, being one of the safest cities and cities of our republic, capital of the republic, and expressed satisfaction with his work. The guest stressed that they would spare no efforts to expand cooperation with the Azerbaijani Interior Ministry, which they consider as close friends and partners.
Other issues of mutual interest were also discussed at the meeting.