Presidents of Azerbaijan and Armenia met in Vienna 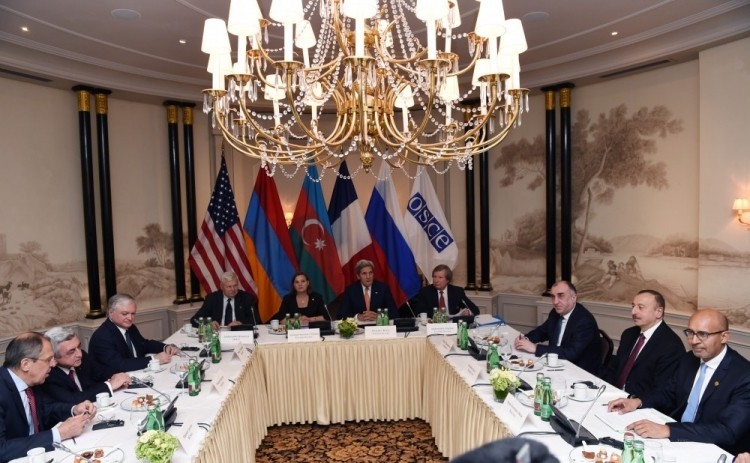 A meeting between the presidents of Armenia and Azerbaijan, Serzh Sargsyan and Ilham Aliyev, mediated by the co-chair of the OSCE Minsk Group on the Nagorno-Karabakh settlement (Russian, the United States and France) has been held in Vienna.

The Minsk Group countries are represented by their foreign ministers, Sergey Lavrov of Russia, John Kerry of the United States and Jean-Marc Ayrault of France.

It was the first personal meeting between the Armenian and Azerbaijani presidents since the aggravation of the situation in Nagorno-Karabakh in early April.