Permanent Mission to the OSCE releases a statement 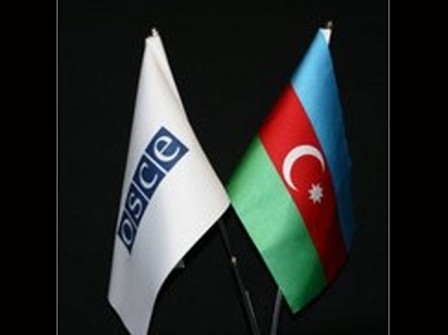 Latest high-level discussions held in Vienna on May 16 provided good opportunity for reinvigorating perspectives of peaceful resolution of the Armenia-Azerbaijan conflict, said the statement of Azerbaijan’s Permanent Mission to the OSCE.

The statement was made in response to the speech by Günther Bächler, Special Representative of the OSCE Chairperson-in-Office for the South Caucasus, at the 1104th meeting of the Permanent Council.

According to the statement, unresolved conflicts with their harsh consequences remain the most serious threat to security and development in the region.

The permanent mission said that the Azerbaijani side fully concurs with the OSCE Chairmanship that the status-quo in the conflict is neither sustainable nor acceptable, as reliance on fragile status-quo runs a risk of serious escalation of the situation.

Progress in substantive negotiations on comprehensive settlement accompanied by implementation of confidence-building measures to strengthen the ceasefire can produce much-desired breakthrough in moving beyond the status-quo, said the statement.

Azerbaijan’s permanent mission noted that confidence-building measures must compliment the political track on the settlement and should be considered in the context of elimination of the results of ongoing occupation of Azerbaijani territories by Armenia.

Earliest withdrawal of Armenian occupying forces will significantly change dynamics in the region and pave the way for normalization of relations to the benefit of the people of the region, stressed the permanent mission.

According to the Azerbaijani permanent mission, any precondition put for resumption of substantive talks is a serious blow to peace process and undermines agreements reached in Vienna.

Lack of adequate attention from the OSCE to the issues of IDPs and refugees continues to be source of deep regret, said the statement.