Azerbaijani and Armenian presidents to meet on June 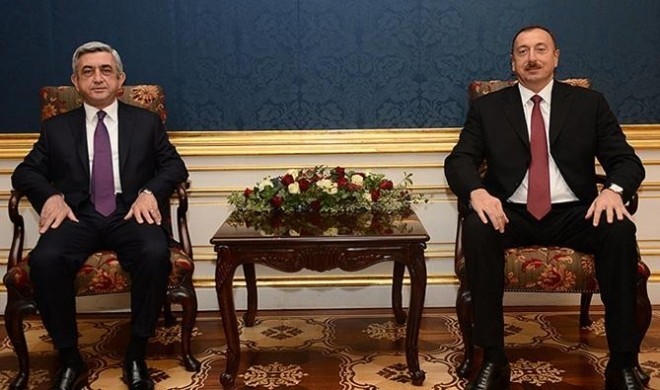 During the meeting the presidents will discuss the possibility of implementing the Vienna agreement which include the establishment of mechanisms to investigate ceasefire violations on the contact line and expansion of monitoring capabilities of the OSCE Minsk Group.

A meeting was held in Vienna on May 16 with participation of the Azerbaijani President Ilham Aliyev, Armenian President Serzh Sargsyan, the US Secretary of State John Kerry, Russian Foreign Minister Sergey Lavrov, French Minister of State for European Affairs Harlem Desir, the OSCE Minsk Group co-chairs, and special representative of the OSCE chairperson-in-office, Andrzej Kasprzyk.