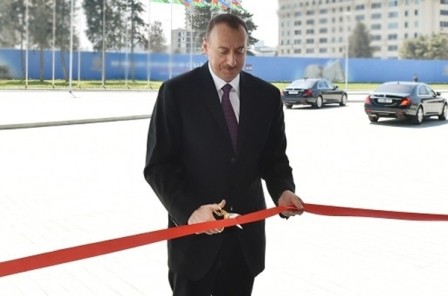 President of the Republic of Azerbaijan, Supreme Commander-in-chief Ilham Aliyev has today attended the opening of a new administrative building of General Staff of the Armed Forces.

The Head of State cut the ribbon symbolizing the opening of the building. All rooms in six-storey building with a surface area of 12600 square meters were provided with modern equipment and inventory.