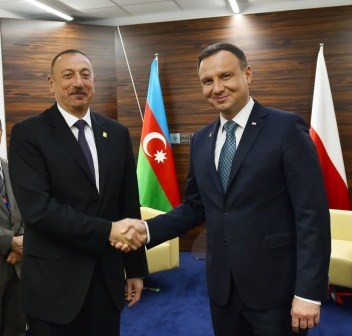 They hailed the bilateral relations between the two countries.

The importance of reciprocal visits in developing cooperation between Azerbaijan and Poland over the last period was emphasized. The presidents exchanged views over the development of cooperation in various areas, including economy, energy, security and transportation.

During the conversation Azerbaijan's cooperation with NATO and the European Union, as well as the country`s support for Afghanistan in various areas and other issues were discussed.