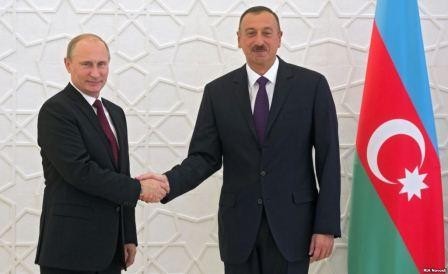 According to the Kremlin’s press service, Vladimir Putin and Azerbaijan’s President Ilham Aliyev have held a telephone conversation.

During the conversation the cooperation in the trade-economic sphere, as well as internationally actual issues has been discussed.

The leaders exchanged views on the settlement of the Syrian conflict. Particularly, importance of the initiatives and proposals set out in the joint Russian-US statement on cessation of hostilities in Syria was stressed.