The intergovernmental commission will meet in London 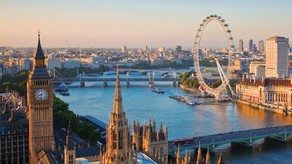 The intergovernmental commission's first meeting on economic cooperation of Azerbaijan, the United Kingdom and Northern Ireland will open tomorrow on February 10 and last until February 11, 2016 in London.

The meeting will discuss current state and future prospects of expanding countries' cooperation.

The delegation headed by the Minister of Economy and co-chairman of the intergovernmental commission on economic cooperation Azerbaijan-UK Shahin Mustafayev will leave for the UK to attend the committee meeting.

The co-chairman from the British side is the Minister of Trade and Investment Francis Maude.