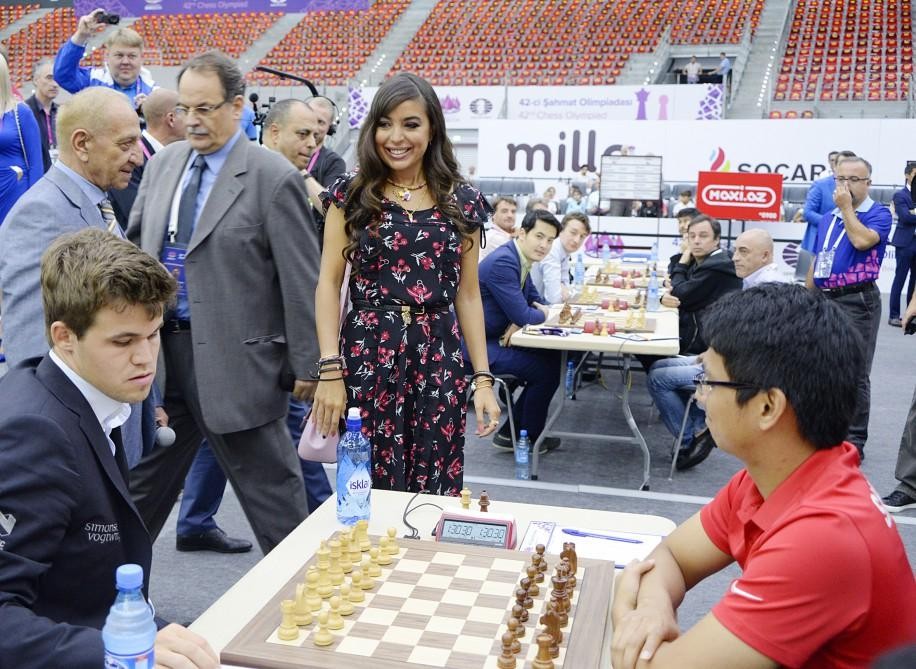 The sixth round of the 42nd Chess Olympiad has started at the Baku Crystal Hall.

The press service of the Chess Olympiad said that the Vice President of the Heydar Aliyev Foundation Leyla Aliyeva visited the Crystal Hall, observed some games and met with FIDE President Kirsan Ilyumzhinov.

Leyla Aliyeva made the first honorary move in the game between world champion Magnus Carlsen and Julio Catalino Sadorra.

Then the director of the Baku Chess Olympiad Operating Committee and Vice President of the Azerbaijan Chess Federation Mahir Mammadov said the 42nd Chess Olympiad is the biggest sporting event ever held in Azerbaijan.

It brings together more than 1,600 participants from 176 countries. A total of 181 teams compete in the open and 142 teams in the women's sections.

There are also hundreds of team captains and coaches. This is a record number in the history of Olympiads.

Leyla Aliyeva also reviewed the Olympiad's Exhibition Hall. Spectators of the Olympiad have the opportunity to review the exhibition at the Baku Crystal Hall.

Rare exhibits related to chess and posters from various chess competitions are displayed in the exhibition. The virtual game zone is also of great interest, where spectators can play a virtual game of chess with anyone they want.