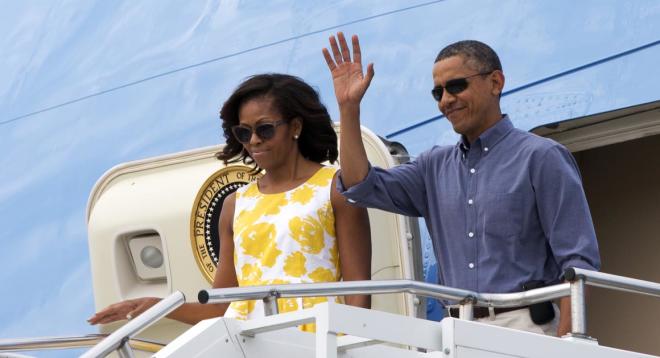 Former President Obama lost his title, but his swag is fully intact ... which is obvious from these pics we got of him still kicking it in the Caribbean.

Barack and Michelle were spotted Tuesday on one of the British Virgin Islands with their pal, Sir Richard Branson. The former First Couple touched down on Branson's nearby Necker Island just over a week ago.

Nothing about them seems like they're in a hurry to get back to the States and the chaos that's erupted since President Trump enacted the "Muslim ban."