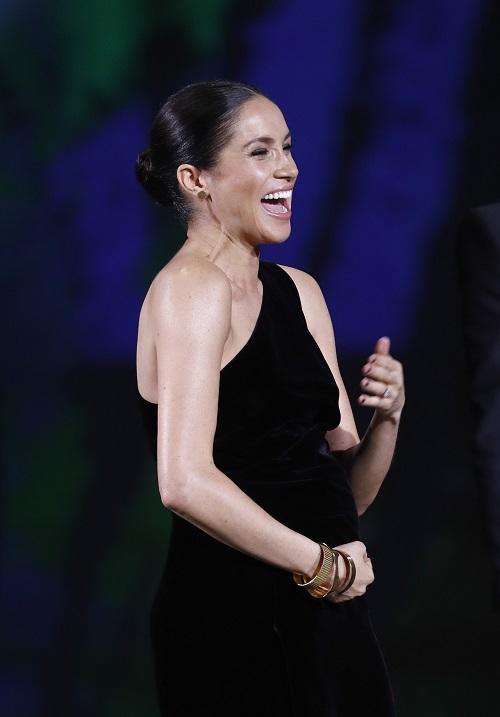 The Duchess of Sussex made a surprise appearance at the British Fashion Awards with nail polish matching the black envelope - against the unspoken royal family rules.

Markle made her surprise appearance to present the British Womenswear Designer of the Year award to Givenchy’s Clare Waight Keller, who was also Markle’s wedding dress designer.

The traditional color of nail polish for celebrations worn by the royal family is pink; as this is the favorite color of Queen Elizabeth II. Although it has never been written down officially, most royal family members have also preferred to complement their outfits with lighter colors. Yet Markle was an exception to these rules, wearing a black velvet one shoulder dress with a slicked back bun, chunky gold bangles – and what the British press called “goth girl-style” black nail polish.

Social media has also praised Markle and her little rebellion, saying that she nailed her look. Markle, while presenting the award, claimed that fashion could possibly unite women.