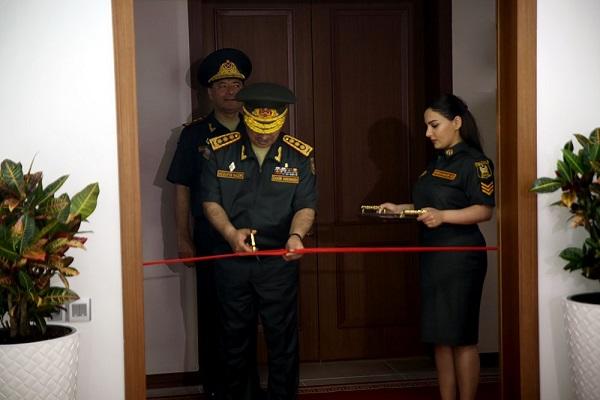 The activity carrying out in accordance with the Plan of Modernization of the Azerbaijan Army, approved by the President of the Republic of Azerbaijan, Supreme Commander-in-Chief of the Armed Forces, Mr. Ilham Aliyev is being continued.

The opening ceremony of the new administrative building of the Command Control Center of one of the main departments of the Ministry of Defense was held on June 6.

The Minister of Defense Colonel General Zakir Hasanov was briefed on the organization of activities of the center. It was reported that the center consists of administrative and office premises, equipped with all high-tech communication lines, and other necessary equipment.

The main purpose of the Command Control Center is the sustainable management of subordinated forces and facilities, provision of interconnection with other types of troops, as well as analysis and report of information received from the troops and headquarters to the higher command.

The operational situation in each direction is constantly monitored by optical and electronic observation capabilities, and the control of the air and surface situation is carried out continuously in cooperation with the forces and facilities of the types of troops