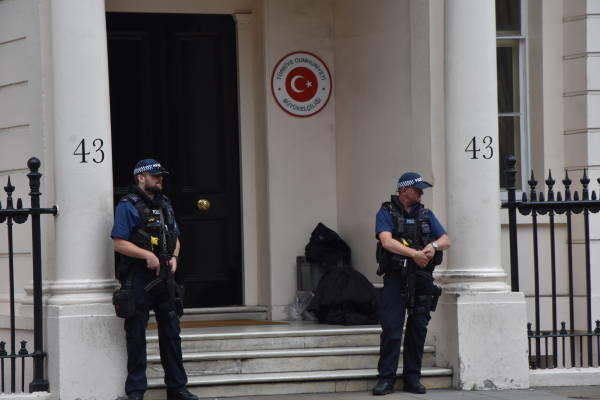 The action called for unity and resistance against the threats and attacks of the Turkish state.

Axar.az reports citing Reuters that Kurds and their friends organised a demonstration in front of the Turkish Embassy in London in protest at the Turkish state’s attacks against southern Kurdistan, northern Iraq, and threatened invasion against North and East Syria.

The demonstration, promoted by the Kurdish Popular Council, was staged behind a huge banner that read “Do not be part of the Turkish invasion, Supporting Turkey is supporting ISIS”.