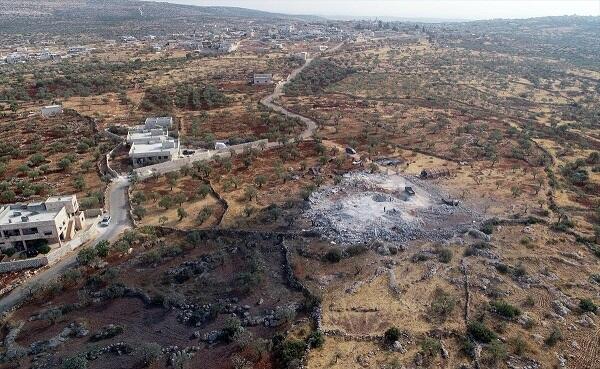 Abu Bakr al-Baghdadi was killed in US raid in northwestern Syria, US president says.

Axar.az reports that the footage captured by an Anadolu Agency drone in northern Syria depicts the location where Abu Bakr al-Baghdadi, the head of the terrorist group Daesh, or ISIS, was killed by the U.S. forces.

Intensive bombings have destroyed three buildings and damaged the tents around the houses in Idlib’s Barisa village.

Some craters created by the bombardments were also seen among olive trees.