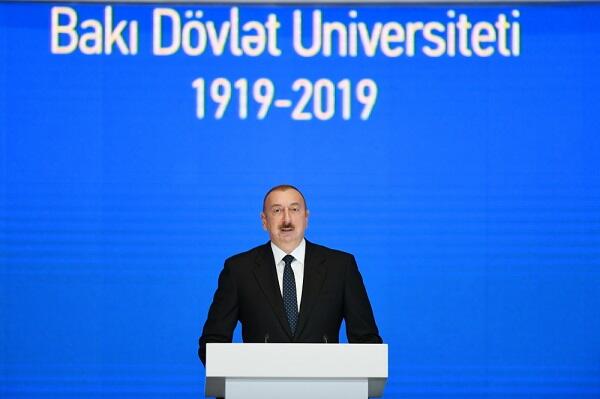 A ceremony to mark the 100th anniversary of Baku State University has been held at the Convention Center.

President of the Republic of Azerbaijan Ilham Aliyev attended the ceremony. The head of state made a speech at the event.

The event then featured the performance by pianist Etibar Asadli.

Second-year student of the Faculty of Journalism of Baku State University Rashad Imanov then addressed the event.

The presentation of digital graphics covering the field of science in 16 faculties of the university was held.

The ceremony concluded with the performance of the anthem of Baku State University.