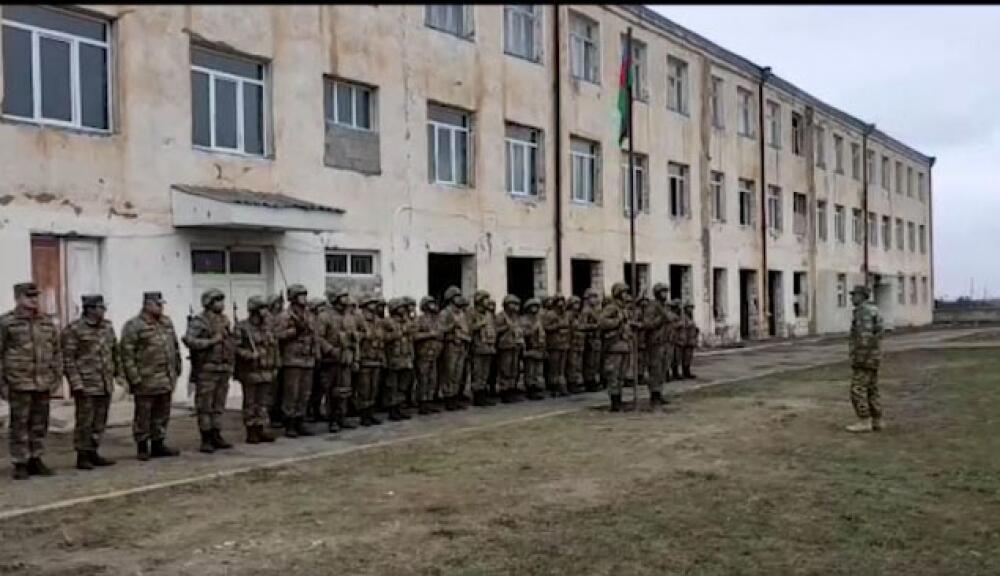 Units of the Azerbaijani Army raised our tricolor national flag at the former secondary school in Gulabli village of Aghdam region.

Axar.az reports that the territory of the school, where the occupying Armenian armed forces used to be located, has been cleared of mines and other explosives.

Then, our servicemen lined up in front of Gulabli village secondary school and observed a minute of silence in memory of our martyrs who died for the territorial integrity of our country. The national anthem was played. "Karabakh is Azerbaijan!" The fighters waved the Azerbaijani flag.