Presidential at the new building of the Ministry - Photo 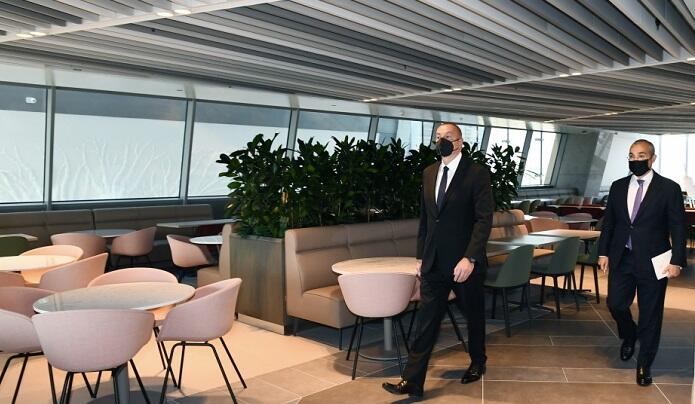 On May 29, a new office building of the Ministry of Economy has been inaugurated.

Axar.az reports that President of the Republic of Azerbaijan Ilham Aliyev has attended the opening of a new building.

In recent years, another high-rise building built in a modern style in Baku has been added. The new administrative building of the Ministry of Economy, located on the avenue named after national leader Heydar Aliyev, attracts attention with its modern architecture.

Minister of Economy Mikayil Jabbarov briefed the President on the work done in the new building.