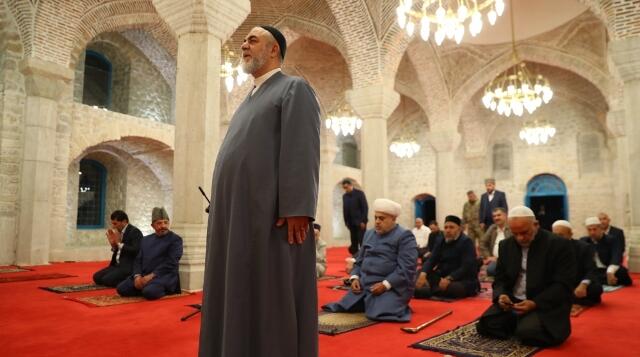 The visit of the heads of religious denominations in Azerbaijan to Shusha continues, led by the chairman of the Caucasian Muslims Office Sheikh-ul-Islam Allahshukur Pashazade.

Axar.az reports that the participants visited the Upper Govharaga Mosque, performed Fajr prayers and prayed in the mosque.