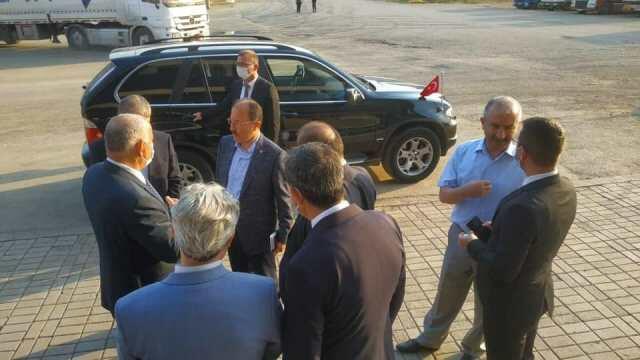 Turkish Ambassador to Azerbaijan Jahid Bagci visited the Red Bridge checkpoint on the border with Georgia as part of his visit to the western region of Azerbaijan.

Axar.az reports that the statement came from the Turkish Embassy in Azerbaijan.

According to the report, the ambassador met with officials of the State Customs Committee (SCC). During the meeting, Dilaver Farzaliyev, Chief of the International Cooperation Department of the State Customs Committee, and Samad Garalov, Chief of the Main Department for Organization of Customs Control and Trade Facilitation, visited the customs checkpoint and talked to Turkish transporters.