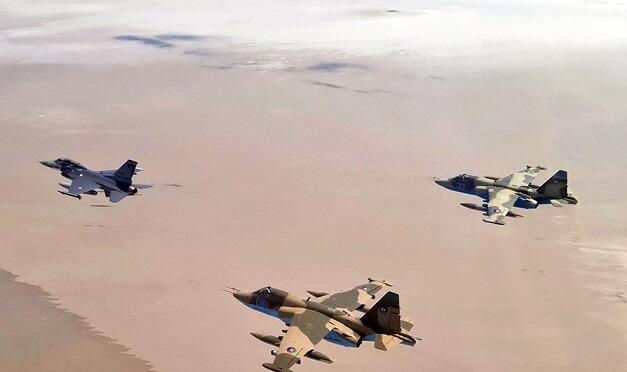 A "High-Level Observer Day" was held as part of the "Anatolian Eagle-2022" international tactical flight training in Konya, Turkiye.

Axar.az informs that the statement came from the Defense Ministry.

The event was attended by Deputy Commander of the Air Force, Major General Namig Islamzade.

First, the guests were briefed on the progress of the training, the purpose and degree of implementation of the tasks, and then a short film on the international tactical flight training "Anatolian Eagle - 2022" was shown.

It was noted at the event that Turkiye was proud to host the international exercise, which was held jointly with the air forces of brotherly, friendly and allied countries. The professionalism of the participants was highly appreciated and they were wished success in their future services.

Then the guests were presented with demonstration flights with the participation of "Solo Turk" and "Turkish Stars" air groups of the Turkish Air Force.

A memorial photo was taken at the end.