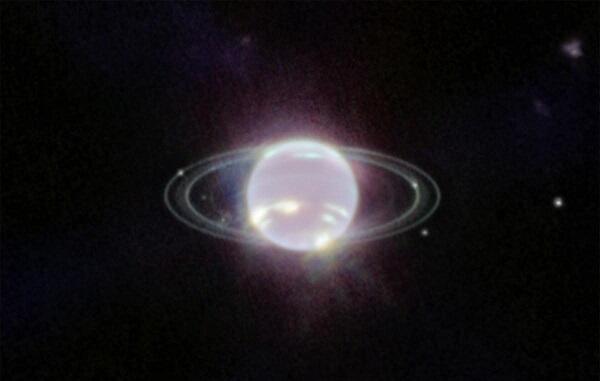 New rare images of Neptune taken by the James Webb space telescope have been released.

Axar.az reports that NASA has released information about this.

"Look at the object in the upper left corner. It's not a star. It's Neptune's large, unusual moon Triton! Triton reflects 70% of the sunlight that falls on it because it's covered in frozen condensed nitrogen. This makes its image on James Webb very similar. makes it bright", - it was mentioned in the information.