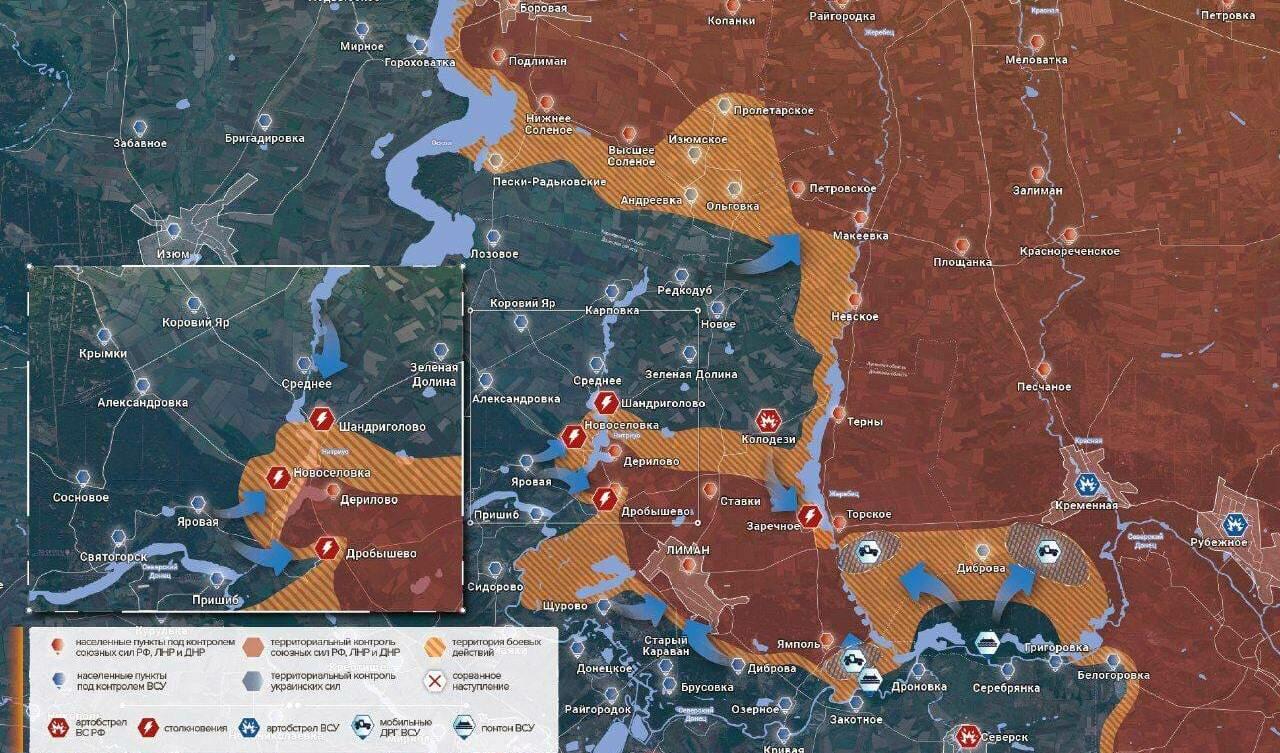 The Ukrainian army surrounded the Russian troops in the city of Liman.

According to information, the Ukrainian army broke through the defence of the Russians near Stavka and cut off the Torskoye-Drobishevo road, their last route to leave Liman.