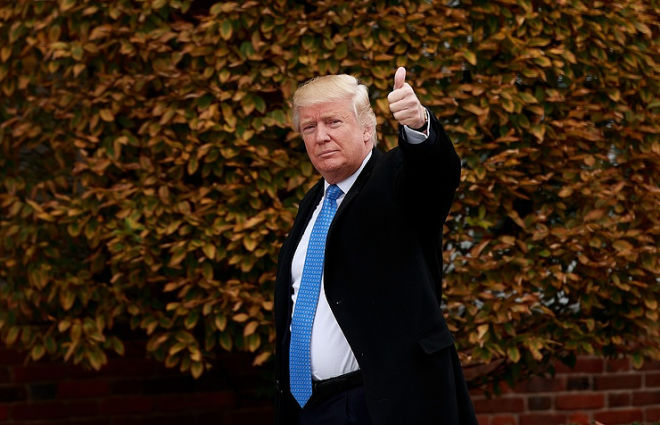 According to the Syrian president, Trump will have to confront lobbies in the US Congress, the media lobby and the industrial lobby that "benefit from wars".

"Everybody knows how strong US lobbies are, they have been opposing Trump and they will surely continue to pressure him once he enters office, be it the Syrian issue or any other," Assad said when asked under what circumstances the US president-elect could become Syria’s ally. "If Trump overcomes these obstacles and starts taking practical steps against terrorists, then he will become our natural ally. And yours (Russia’s), too," Assad added.
According to the Syrian president, Trump will have to confront lobbies in the US Congress, the media lobby and the industrial lobby that "benefit from wars, like it was in Iraq and Yemen."
Assad said that "Trump made clear statements during the election campaign about fighting terrorists and not interfering in the internal affairs of other countries. But it depends on his willpower if he pursues such policy after entering office."