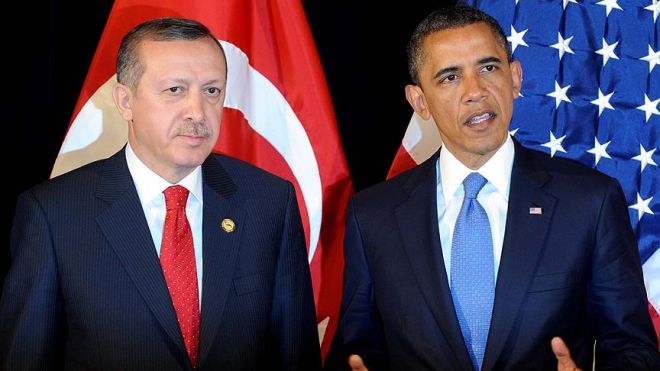 Turkish President Tayyip Erdogan said he discussed the situation in Syria and Iraq with U.S. President Barack in a call on Thursday, adding Obama asked how he could help when he was told about the difficulties in evacuating people from Syria's Aleppo.

Axar.az informs, Erdogan, who was speaking at a joint news conference in Ankara with the president of Slovenia, also said 1,150 civilians and wounded had been evacuated from Aleppo so far.

"A short time ago we had a long phone call with Mr Obama. We didn't only discuss the situation in Syria, but also in Iraq," Erdogan said. "We discussed the ongoing evacuation problem ... Obama asked me how he could help, and I explained it to him."