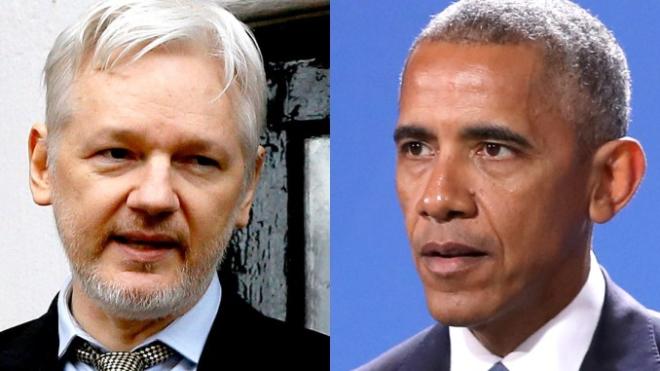 In an insightful interview with Fox News on Tuesday evening, WikiLeaks publisher Julian Assange implied to Sean Hannity that US President Barack Obama targeted his family, including his children, who are under ten years old.

The interview covered a wide range of topics, including allegations that DNC-related WikiLeaks releases came from Russia, which Assange vehemently denied. The two also discussed the dishonesty of media and the collusion between journalists and the Hillary Clinton campaign.

In closing remarks, the publisher opened up on a more personal level, discussing how hardships that come from being politically targeted have affected his family.

“I have been detained illegally, without charge for six years, without sunlight, lots of spies everywhere,” said Assange. “It’s tough… but that’s the mission I set myself on. I understand the kind of game that’s being played – big powerful actors will try and take revenge…it’s a different thing for my family – I have young children, under 10 years old, they didn’t sign up for that… and I think that is fundamentally unjust… my family is innocent, they didn’t sign up for that fight.”

According to the findings of a 16-month investigation by the UN Working Group on Arbitrary Detention (UNWGAD), the WikiLeaks founder is being arbitrarily and unlawfully detained, and must immediately be released and compensated. Assange entered the Ecuadorian Embassy in London on June 19, 2012, and applied for political asylum, which was granted. Since that time, the building has been encircled by police waiting to arrest him to answer for allegations against him in Sweden, a country that has refused to rule out the publisher’s extradition to the United States. The UK government has confirmed that they have spent some £12.6 million ($15,522,066) on policing the embassy between June 2012 and August 2015, but would not reveal the cost of “covert activity,” or costs through October 2015, as sought in Freedom of Information (FIO) requests. One such FIO request, published by Hazel Press, explained that a Metropolitan Police press release had claimed that the department would use “covert tactics” to arrest Assange, but would "not discuss what form its continuing operation will take or the resourcing implications surrounding it." Hillary Clinton reportedly inquired about an assassination of Assange. In 2010, the former Secretary of State, according to an unnamed source, reportedly asked staffers, “can’t we just drone the guy?” When questioned at a press conference in Pennsylvania in October about the morbid report, Clinton stated that she did not “recall any joke,” before adding, “it would have been a joke, if it had been said, but I don’t recall that.”