Hamon to be nominated presidential candidate 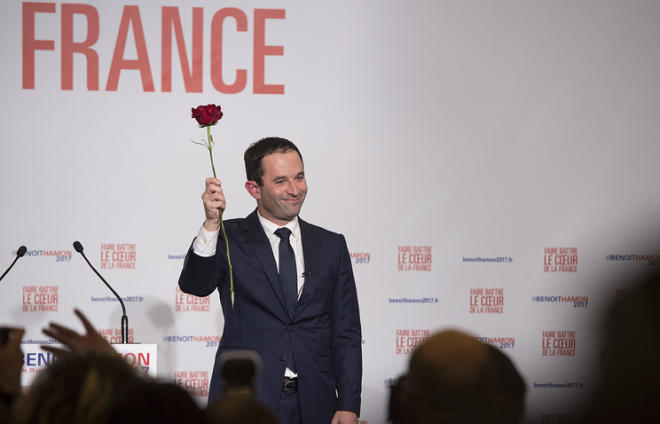 According to a count of votes from around 60% of polling stations (4,322), in the second round of the primary, Hamon garnered 58.65% of the vote while his rival, former Prime Minister Manuel Valls got 41.35%.

According to preliminary data, 1,900,000 to 2,100,000 voters took part in the second round of the primary which is less compared to the previous primary when 2,600,000 voters participated with 1,600,000 giving their vote to Francois Hollande.
Manuel Valls has already congratulated Benoit Hamon on his win and said that "now he is the socialist candidate." He wished Hamon success in this spring’s presidential election.

"This win gives me strength to represent my voters and to fight for victory in the presidential election. The left are rising and may win," Benoit Hamon said addressing the voters.

"France needs left forces but renewed left forces - my entire electoral campaign was aimed on this. Tomorrow I will start working to unite the socialists, to build a union with the ecologists. We should write a new page of our history," Hamon stressed.

A total of seven candidates had struggled hard against each other before the first round of the primary while Hamon and Valls made in into the second round. Both candidates had stated that they would call on their supporters to vote for the primary’s winner when presidential election comes.

Voters took great interest in Benoit Hamon’s program from the very start. He proposed a plan to introduce a universal basic income of €750 a month which would replace a number of current social allowances, including unemployment benefit. However, his critics say that in order to provide the unemployed with such an "income", the government will need no less than six billion euros.
Meanwhile, the youth welcomed Hamon’s plan to legalize cannabis.

As for the labor sphere, Hamon stands for abolishing the labor law recently passed by the parliament, which caused great irritation both in trade unions and the working people.

Being close to ecologists, Hamon supports the plan to ban diesel-powered vehicles by 2025. Many in France praise this idea which has already led to a significant reduction in diesel cars.