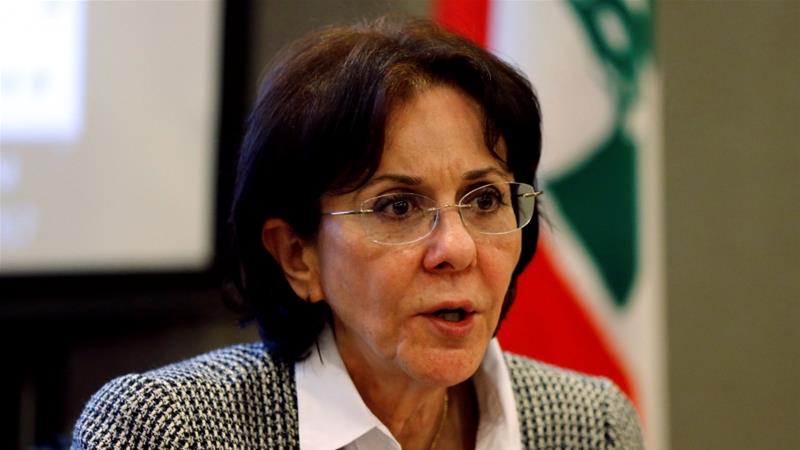 The head of the United Nations' West Asia commission, Rima Khalaf, has resigned over what she described as the pressure to withdraw a report that was critical of Israel.

The report accused Israel of imposing an apartheid regime on Palestinians. Lebanon-based Economic and Social Commission for Western Asia (ESCWA), which comprises 18 Arab states, published the report on Wednesday and said it was the first time a UN body had clearly made the charge.

"It was expected that Israel and its allies will exercise pressure on the UN secretary general to distance himself from the report and that they will ask him to withdraw it," Khalaf said at a press conference in Beirut on Friday.

"The secretary general issued his orders to me yesterday morning to withdraw the report. I asked him to review his position but he insisted," she said. "Therefore I submitted to him my resignation from the UN."

Al Jazeera's Imtiaz Tyab, reporting from Beirut, said that Khalaf clearly stated that she was still standing by the report, which in very explicit terms accused Israel of pursuing apartheid policies in the Palestinian territories.

"The Israeli government was very critical of the report even describing it as 'Nazi Propaganda' and one would imagine that they made it very clear to the UN leadership that that is how they saw it," the Al Jazeera correspondent said.

"So, one would also imagine that is perhaps why the UN secretary general is demanding this report to be withdrawn from ESCWA website."

At the time of the publication, the report titled "Israeli Practices Toward the Palestinian People and the Question of Apartheid" was not on the website of the UN agency, with the link for the report now directing to a web page that consists ESCWA's prior publications.

A UN spokesman on Friday claimed the issue with Khalaf was not the content of the report but as a result of her failure to follow the necessary procedure before the publication .

"This is not about content, this is about process," said UN chief Antonio Guterres' spokesman Stephane Dujarric.

Al Jazeera's Tyab said it was "highly unlikely" that the UN leadership was unaware of the report's existence or the language inside it before its publication.

"The curious thing here is that Al Jazeera and many other news organisations had been aware of this report for several days now," he said.

"In fact most news organisations were invited to the press conference that was held around 24 hours ago where this report was released and members of the media were also given an embargoed advance look at this report.

"So it is very curious that the UN is now saying that the official procedures hadn't been followed, that they were not aware of the language inside the report, when even many in the media were aware of its publication and its contents."

"This feels like yet another chapter in the very strained and complicated relationship the UN has with Israel."